The first day of Blibli Indonesia Open 2018 (3/7) is over and the last match of the day was the meeting between Virni/Jauza (INA) and Matsutomo/Ayaka (JPN). Indonesian Badminton fans are disappointed once again as the Indonesian women’s doubles pair has to admit the quality of the Japanese pair with the score of 21-15, 21-6. Nevertheless, the Japanese pair claimed that playing against Indonesian players on the first round was not easy.

“After the tournament in Malaysia we went straight to Indonesia and on the next day we have to immediately play the first round against a tough pair. On the first game, we were a bit troubled, but on the second set we managed to overturn the situation and win the game,” as expressed by Ayaka through her translator.

Looking at the fierce competition on the women’s doubles event, the Japanese pair disregards the matter and will focus more on each match rather than thinking of the competition with other players, as claimed by Ayaka after the match.

“We really don’t think much about the fact that there are other Japanese pairs on the top 5 competition in the women’s doubles event. We feel that if the other pairs are better, then we also have to be better than them, too. It is certain that we have to be better after each match”.

3 out of 5 top women’s doubles pairs in the competition come from Japan, namely Fukusima/Sayaka Hirota, the No. 2 seed, Shino/ Koharu, the No. 4 seed and Matsutomo/Ayaka, the No. 5 seed.

On the second round, the fifth seeded pair from Japan will play against yet another Indonesian pair, Agatha Imanuela/Siti Fadia, who defeated Jakkampudi/Poorvisha, the Indian pair on the first round with the score of 21-11, 21-18. 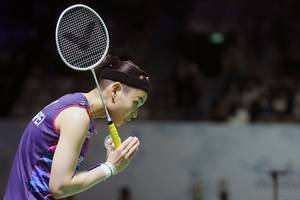 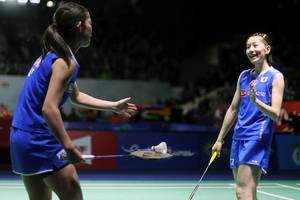 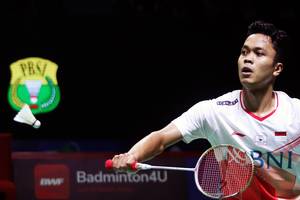