Jakarta | The South Korean Women’s Doubles pair, Lee So Hee/Shin Seung Chan’s dream of playing in the final match of Blibli Indonesia Open 2019 BWF World Tour Super 1000 has to be cancelled after they were beaten by the Japanese pair, Misaki Matsumoto/Ayaka Takahashi. Playing the match in Istora Senayan, Jakarta on Saturday (20/7), Lee/Shin was beaten with the score of 21-17, 14-21 and 15-21.

Shin Seung Chan claims that she found it difficult to break Misaki/Ayaka’s defense in today’s match. Although winning the first set, Lee/Shin was made frustrated in the second and third set. The World’s No. 6 Women’s Doubles pair was not allowed to easily steal points from the Japanese pair.

“Misaki/Ayaka’s defense in today’s match was very good, it was really tight. So it was difficult for us to break their defense, especially in the second and the third set. Nonetheless, we have shown our best qualities today,” said Shin Seung Chan after the match.

“Certainly we are disappointed with today’s result. We should have anticipated their plays since the beginning. That what caused the loss for us today,” she added.

On the other hand, Lee So Hee learns a meaningful lesson despite losing in the semifinal round of Blibli Indonesia Open 2019 BWF World Tour Super 1000. This is because; in this tournament they have been able to beat the first seeded player from Japan, Mayu Matsumoto/Wakana Nagahara in the quarter-final round of the tournament that was held yesterday with the score of 21-12 and 21-17.

“Although we lost today, our self-confident is growing higher than ever as we have made it this far. We have to be more passionate for the next tournament,” said Lee so Hee. 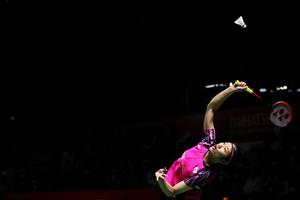 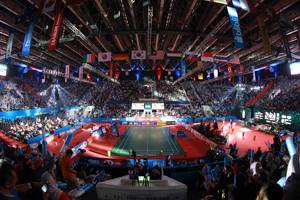 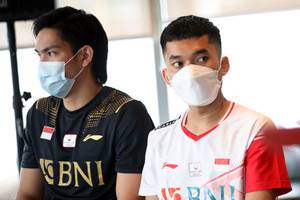